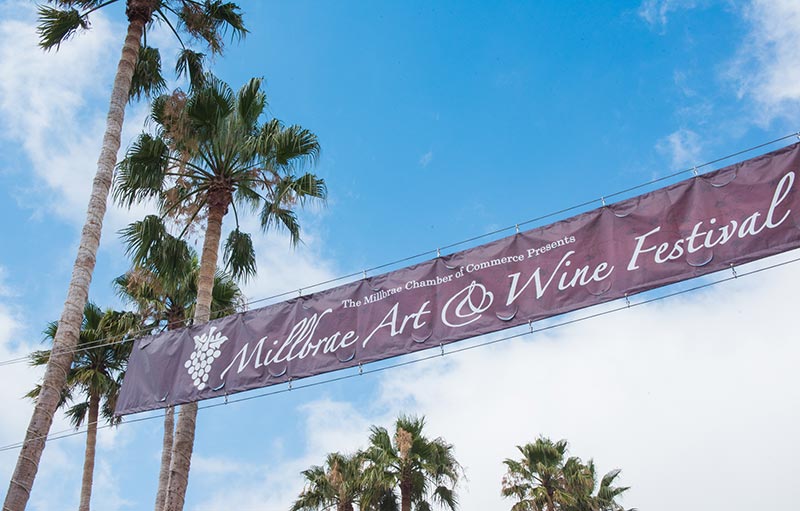 Origins of the Festival

The Millbrae Art & Wine Festival was born out of economic necessity. In 1970, the Millbrae Chamber of Commerce received the unsettling news that due to the rising cost of local government, the Chamber would no longer receive city funding. Without the annual contribution from the City, the Chamber office faced the possibility of having to close. Local business leaders agreed that the Chamber should find a way to make up the loss. When Frank Bagley of Holley Travel and Jim Scholz put forth the idea of a street fair, the group quickly agreed.

Although the first festival was a modest one, featuring fewer than 100 artists and craftspeople, it was an instant hit. Despite changing faces at the Chamber of Commerce, and new city administrations and policies, the Art & Wine Festival continued to grow. But with the growth, old traditions have been carefully preserved.

The Chamber still commissions a local artist to design an original logo for each year’s festival and features it on festival memorabilia, wine and beer glassware and t-shirts that have become valued collector’s items throughout the area. 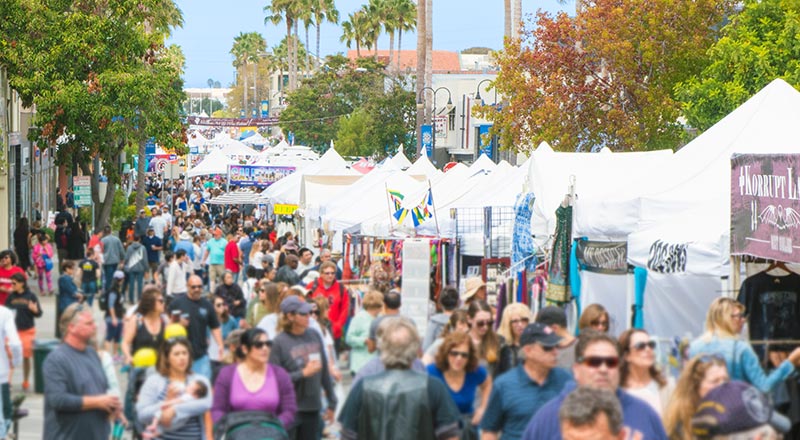 Today, the Millbrae Art & Wine Festival is considered one of the premier community festivals in Northern California. With attendance in excess of 100,000 every year, and an exceptional lineup that features 250 arts and crafts vendors, 25 food purveyors, and stellar music and entertainment for grown-ups and kids, the festival is the largest annual fund-raiser for the Chamber.

The City of Millbrae

Millbrae’s 21,000 residents live quietly in tidy neighborhoods gently cradled in the sun-warmed hills that separate the Pacific Ocean from the San Francisco Bay. This is land that long ago was graced by dairy farms and the “summer” homes of some of San Francisco’s wealthiest families, including the fabulous estate of Ogden Mills.

Incorporated in January 1948, Millbrae's economic community flourishes with an average of 400 businesses, including several major hotels and branch offices of leading financial institutions. Despite being one of the county’s smaller cities, it boasts regional political clout. The churches and schools reflect local pride and the charming Main Street and central business district is so “typical” that it could easily serve as a small town movie set.

Get Social With Us!